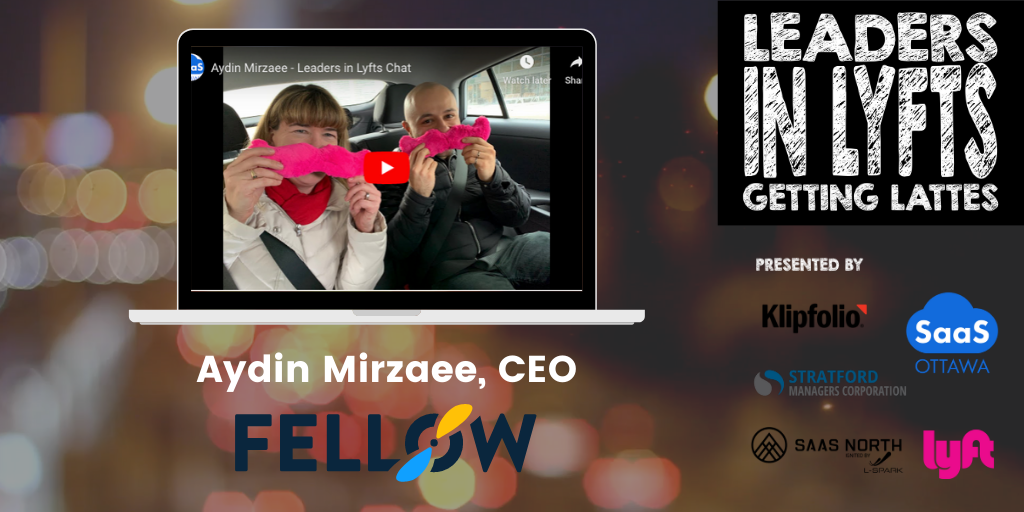 In the first of several videos to be released, Stratford Managers SaaS Customer Experience expert Lauren Thibodeau kicks off Leaders in Lyfts Getting Lattes by talking with CEO of Fellow.app Aydin Mirzaee.

The Leaders in Lyfts series was created as a unique way to learn and share the stories of leaders in the SaaS community while also helping them get to and from the SaaS North conference.

In the interview with Aydin, you’ll hear insights on:

The Leaders in Lyfts series is showcased on the SaaS Ottawa YouTube Channel (subscribe to get new videos as they’re released).